Imagine that the Excess Dividend Tax Rule did not apply to dividends paid out of franked investment income and retained earnings. 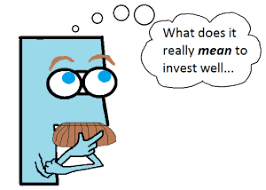 People invest in different things. From loom to stocks, bonds, etc., all for the overall purpose of gaining something in return, not because they are benevolent beings.

Those who invest in a company by buying shares in it, are really after dividends. Dividends are portions of a company’s profits distributed to those who buy the company’s shares.

Retained earnings are the portion of a company’s profits that is not distributed to shareholders as dividends but that is instead kept by the company for various purposes e.g. for building the business, for buying machinery, for reserves, etc.

Those who receive income are to pay taxes on it, right? FII however defies this rule.

Companies who declare and pay dividends are required by law to withhold 10% from the dividends paid to shareholders. So, Enny Money, a shareholder who is supposed to get one thousand naira (N1,000) as dividend from Life is Eazi Ltd. will instead get nine hundred naira (N900) because the law says so.

Life is Eazi is required to pay the one hundred naira (N100) it witheld from Enny Money’s dividend to the tax authority on behalf of Enny Money. This N100 is called Witholding Tax.

So FII defies the rule that a person should pay tax on income they receive. This is because if the tax authority taxes Enny Money’s dividend income again, it will mean taxing that dividend twice. Remember that Life is Eazi Ltd. already paid the N100 as withholding tax on her behalf.

Dividend Income is thus franked investment income. It shouldn’t be taxed again. FII has its basis from Section 80(3) of the Companies Income Tax Act.

We have settled that Companies declare and pay their shareholders dividends. Companies also pay Companies Income Tax at 30% on their profits.

Another part of the law – Section 19 of the Companies Income Tax Act tells companies that:

a. Where they don’t make any profit in a year (i.e. they made losses) and they declared and paid dividends in that year; or

b. Where they make profits in a year but it is less than the dividend they declared and paid to their shareholders that year,

the dividends declared and paid in that year instead of the profit made by the company (which is ordinarily supposed to be taxed), will be taxed at the Companies Income Tax Rate of 30%.

This is the Excess Dividend Tax Rule. In essence, the tax authorities just want to tax the bigger money.

The tax authorities made the Excess Dividend Tax Rule because they don’t want our country people to evade tax. They don’t want any ‘mago mago’. They believe that the companies can’t share cake (dividends) and say they don’t have flour (profits).

They believe that if a company has money to pay its shareholders dividends in a year, there’s no way it can’t have money or have money greater than the dividends, to pay as tax.

This is not bad actually, and we know that this is Nigeria, some people’s ambition is to find ways to swindle the tax authorities.

The only problem is that when the tax authorities say that dividends declared should be considered as taxable profits, they omit the fact that:

i. Dividend is supposed to be franked investment income according to Section 80(3) as tax has already been withheld and paid on it. We used the Enny Money example above to explain dividends but not only individuals can be shareholders. A Company can also be shareholder. All shareholders (individuals/ companies) are entitled to receive dividends.

It can distribute dividends to its shareholders from any part of its income e.g. profits from the year, retained earnings, franked investment income, donations, etc.

a. YOLO Ltd. distributes dividends to its shareholders; and

b. the amount it distributed is more than its taxable profit or the year,

the dividends distributed  will become subject to the Excess Dividend Tax Rule and will be taxed at 30%.

The problem is that the part of the dividends it distributed to its shareholders that comes from the dividend income it received from Money Dey Ltd. will be subject to tax of 30% in addition to the 10%. In total, Money Dey Ltd. suffers 40% tax on this portion. This goes against the FII rule that says dividends shouldn’t be taxed again.

ii. Dividends are also majorly paid from Retained earnings. Retained earnings have already been taxed at CIT rate of 30%. So, applying the Excess Dividend Tax Rule where a Company distributes dividends out of its retained earnings only means that the company is paying 60% as tax.

This means that Excess Dividend Tax is almost always a form of double taxation because majority of money paid to shareholders as dividends always come from retained earnings or dividends received by the company that is paying.

The anti- tax avoidance intention of the tax authorities by creating the Excess Dividend Tax Rule thus goes too far.

Very interestingly, the FIRS released a circular excluding banks from the Excess dividend Tax Rule. Apparently, they are aware that the rule causes extreme discomfort, but the rule still applies to the other companies, considered as mere mortals.

Imagine then, how easier a Companies’ tax life would be if the part of dividends distributed that constitutes franked investment income and retained earnings, was exempt from the Excess Dividend Tax Rule!

Eniola Akinoso is the initiator of the TaxVille and an associate with the Tax Department at Olaniwun Ajayi LP. She is passionate about Tax.